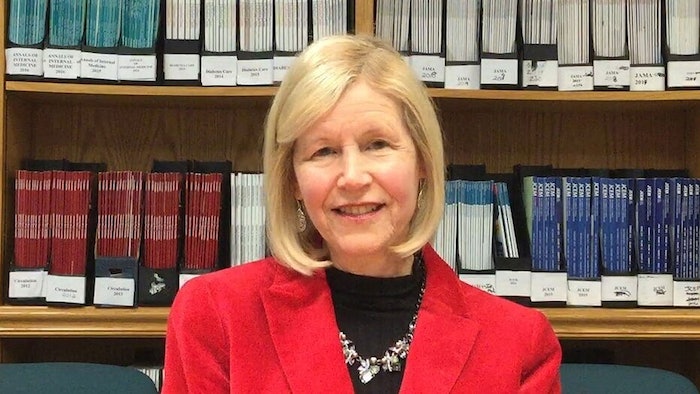 One of the AHA’s most distinguished and historic honors, the Research Achievement Award is given each year in recognition of outstanding lifetime contributions to cardiovascular research and/or teaching.

Dr. Manson is the chief of the division of preventive medicine at Brigham and Women's Hospital; the Michael and Lee Bell Professor of Women’s Health; a professor of medicine at Harvard Medical School; and professor in the department of epidemiology at the Harvard T.H. Chan School of Public Health.

“We are pleased to award Dr. Manson the prestigious AHA 2020 Research Achievement Award for her remarkable record of achievement in research focused on women’s cardiovascular health,” said AHA President Mitchell S.V. Elkind, MD, MS, FAAN, FAHA. “She has made pivotal contributions to our understanding of the role of menopausal estrogen therapy in cardiovascular disease, particularly related to estrogen’s overall risk-benefit profile. Much of what we know today about women’s health and cardiovascular disease is a result of Dr. Manson’s pioneering efforts.”

Dr. Manson’s more than 30-year scientific career includes expertise as a cardiovascular epidemiologist, a population health leader and a principal investigator of numerous cardiovascular clinical research studies. Her primary research interests include randomized clinical prevention trials of vitamin D, omega-3s and other nutritional and lifestyle factors related to heart disease and diabetes; the role of estrogens as determinants of chronic disease; prevention of cardiovascular disease in women; and population health promotion.

She has published more than 1,200 peer-reviewed articles, is the author or editor of several books and textbooks and is a highly cited researcher throughout the world. She was also one of the physicians featured in the historic 2019 National Library of Medicine exhibition, “Rise, Serve, Lead! America’s Women Physicians.”

“I am tremendously honored and humbled by this award, and I would like to thank literally thousands of colleagues, staff and study volunteers I've had the privilege to work with over the past 30 years,” Dr. Manson said. “Population research and epidemiology, perhaps more than any other research field, involve teamwork and extensive collaborations — it takes a village and a community! I am grateful to the AHA and to the National Institutes of Health for their commitment to population research.”

She has been actively involved with the AHA for nearly 30 years, including serving on numerous committees, and she has been recognized with numerous honors from the AHA. Previous awards include the Population Research Prize in 2010, the Distinguished Scientist Award in 2011 and the Ancel Key’s Lectureship Award in 2014. She also delivered the Distinguished Scientist Lecture at the AHA’s Scientific Sessions 2019.

Dr. Manson earned her undergraduate degree from Harvard University and her medical degree from Case Western Reserve University School of Medicine. She also completed her master and doctoral degrees in public health at the Harvard T.H. Chan School of Public Health. She is board certified in internal medicine and endocrinology and also trained in epidemiologic methods to pursue population-based research and clinical trials in women’s health.