Ann Marie Schmidt, MD, of NYU Grossman School of Medicine, was recognized for her critical research that has contributed to the understanding of the many connections between heart disease and diabetes. 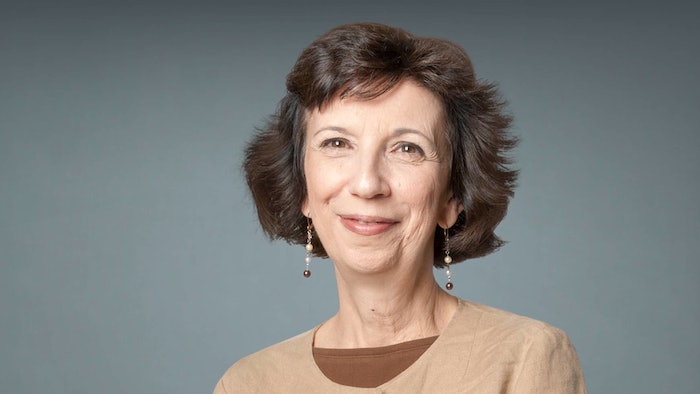 Ann Marie Schmidt, MD, of NYU Grossman School of Medicine, was recognized for her critical research that has contributed to the understanding of the many connections between heart disease and diabetes.

“This award recognizes the important contributions Dr. Schmidt has made in research, especially the discovery of the receptor for advanced glycation end products, also called RAGE. Her lab, first at Columbia, where we had the chance to collaborate, and now at NYU, has investigated the role of RAGE in the development of cardiometabolic diseases, particularly diabetes, and the way it affects the heart,” said AHA President Mitchell S.V. Elkind, MD, MS, FAAN, FAHA. “Her work is integral to our understanding of how inextricably heart disease is intertwined with diabetes, and more recently she has also found links between RAGE and Alzheimer’s Disease. As a vascular neurologist, I believe this work has already highlighted the links among diabetes, heart disease and neurodegenerative disease, and has the potential to impact hundreds of millions of lives worldwide.”

Researchers had long suspected that inflammatory and metabolic pathways are tightly coupled; however, what they did not know is that RAGE itself is implicated in the process. Dr. Schmidt’s discovery revealed the possibility of a range of new, targeted treatments for both obesity and one of its key consequences—diabetes and its complications.

Dr. Schmidt founded the Diabetes Research Program at NYU Langone in 2010, along with Ravichandran Ramasamy, PhD. This laboratory group studies the biochemical and molecular mechanisms of the complications of diabetes, particularly the links among hyperglycemia, inflammation and diabetic tissue damage.

“Today’s therapeutic approaches—managing weight and blood glucose—are largely aimed at tackling the core manifestations of these disorders, yet these therapies are often not effective and do not address the fundamental cause,” said Dr. Schmidt. Now her team is specifically trying to understand how molecules that increase with obesity and diabetes bind to RAGE and then signal adverse inflammatory and metabolic effects, which suppress energy expenditure—and how to inhibit these effects and release the brakes on optimal use of energy in obesity and in weight loss.

“I greatly hope that in the coming years, the fruits of our collective work on RAGE may deliver a therapeutic for heart disease and metabolic diseases,” said Dr. Schmidt, upon receiving the award. “I sincerely thank you for the recognition of this work and our team’s indefatigable efforts to better the health and lives of humankind.”

Dr. Schmidt has been named a Harrington Scholar-Innovator; a Gabor Kaley Memorial Lecturer for The Microcirculatory Society and the American Physiological Society; and recipient of the 2018 Master Scientist Award, the highest honor bestowed for researchers by New York University Langone Medical Center.