The Eugene Braunwald Academic Mentorship Award honors individuals whose academic career have included a long-term record of successful teaching and mentoring of the next generation of faculty researchers, educators and health care professionals. 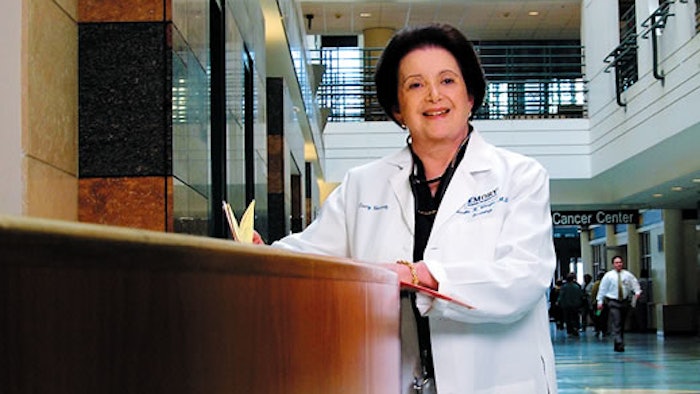 Dr. Wenger is professor of medicine in the division of cardiology at Emory University School of Medicine, consultant to the Emory Heart and Vascular Center, founding consultant to the Emory Women’s Heart Center and director of the Cardiac Clinics and Ambulatory Electrocardiographic Laboratory at Grady Memorial Hospital in Atlanta.

The Eugene Braunwald Academic Mentorship Award is bestowed annually to an individual whose academic career has included a long-term record of successful teaching and mentoring of the next generation of faculty researchers, educators and health care professionals. It is based upon a consistent record of molding the careers of multiple individuals during a continuous academic career. The award is named for the luminary cardiologist Eugene Braunwald, and previous recipients have included some of the most prominent researchers and educators in the country, each of whom have had a lasting impact on cardiovascular care and research through their extensive mentoring of residents and fellows.

“Dr. Wenger is a leader in the field of women’s heart health and a strong proponent for women in cardiology and medicine. Her passion, dedication and advocacy have inspired countless trainees to carry this torch and continue to build on her truly impactful work,” said AHA President Mitchell S.V. Elkind, MD, MS, FAAN, FAHA. “In our cardiology community, she has served as a mentor for countless young scientists, and we are grateful to her for leading the way for so many women in cardiology.”

Dr. Wenger has been at the forefront of advancing patient care for the last 60+ years. She was among the first physicians to focus on coronary heart disease in women and to evaluate the different risk factors, symptoms and conditions for women compared to men. Although she had been taught that heart disease primarily affected men, she noticed that women were also coming into the clinic with heart disease in large numbers.

Unable to find existing studies on women’s heart disease symptoms and their treatment, she decided to investigate the problem herself. She and her colleagues discovered that women have different heart attack symptoms than men, and that those symptoms were often dismissed or misdiagnosed by doctors. Her clinical and research efforts led to the critical knowledge that cardiovascular disease is the leading cause of death for women in the U.S., accounting for about 1 in every 5 female deaths. These findings have resulted in increased awareness, public health efforts and research about the significant risks of CVD for women, saving countless lives.

Dr. Wenger was a co-author of the AHA’s 2007 and 2011 Guidelines for Cardiovascular Disease Prevention in Women, and she continues to promote and conduct gender-specific cardiology research. Her work includes the connection between pregnancy complications and cardiovascular disease and the possibility that certain breast cancer treatments are linked to heart failure.

“The data gap for cardiovascular disease between men and women is closing, but we’re not there yet,” Dr. Wenger said. “Much work remains to be done.”

“Thank you to the AHA for this recognition. It has been my great privilege to mentor generations of students, residents, specialty trainees, junior faculty, and I also thank my peers for their generous support.” She’s excited to see what the next generation of cardiologists will do. Her message to them: “Follow your passion and investigate anything you believe needs to be investigated. That’s the key to improving patient outcomes.”

Together with colleagues at Grady, she led the development of a 21-day cardiac rehabilitation program for patients after myocardial infarction (heart attack), which became a model for programs across the country. In stark contrast, the standard at the time was for patients to be confined to bed rest for six months and not allowed to return to work for at least one year. Of course, today, the hospital stay after a heart attack has decreased dramatically, and nearly all cardiac rehabilitation is delivered after hospital discharge – either remotely or through in-person programs.

Dr. Wenger is actively practicing at Emory University School of Medicine and is a professor emeritus and serves as the director of the Cardiac Clinics and the ECG Laboratory at Grady Memorial Hospital.

Dr. Wenger has received numerous awards including the Distinguished Achievement Award from the Scientific Councils of the American Heart Association; the AHA Women in Cardiology Mentoring Award; the James D. Bruce Memorial Award of the American College of Physicians for distinguished contributions in preventive medicine; the Gold Heart Award, the highest award of the American Heart Association; a Lifetime Achievement Award in 2009; and the Inaugural Bernadine Healy Leadership in Women’s CV Disease Distinguished Award of the American College of Cardiology. She chaired the National Heart, Lung, and Blood Institute’s Conference on Cardiovascular Health and Disease in Women. She has been involved with WomenHeart: The National Coalition for Women with Heart Disease since its inception, and they have named their legacy awards, the Wenger Awards, in her honor.

She also chaired the World Health Organization’s Expert Committee on Rehabilitation after Cardiovascular Disease and co-chaired the Guideline Panel on Cardiac Rehabilitation for the U.S. Agency for Health Care Policy and Research. Dr. Wenger has had a longstanding interest in geriatric cardiology, is a past president of the Society of Geriatric Cardiology and was editor-in-chief of the American Journal of Geriatric Cardiology for more than 15 years.