Recipients of this prestigious award are a prominent group of scientists and clinicians whose work has importantly advanced our understanding of cardiovascular diseases and stroke. 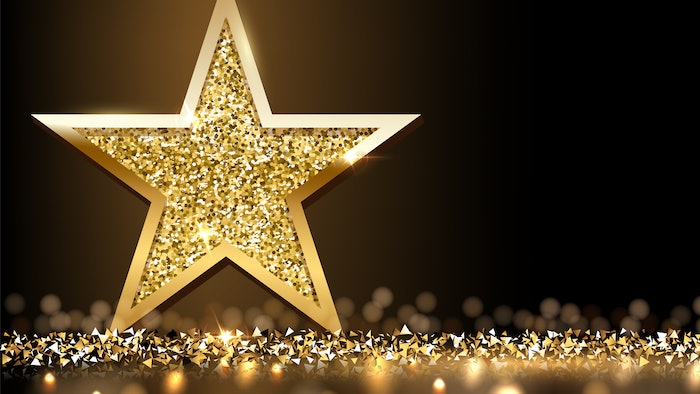 Dr. Heller Brown grew up in Beachwood, Ohio, graduated with honors from Cornell University and earned her PhD from the Department of Pharmacology at Albert Einstein College of Medicine.

In her doctoral studies, she discovered that the dopamine receptor couples to adenylate cyclase and is the target of antipsychotic drugs.

After a postdoctoral fellowship in the Department of Pharmacology at the University of Colorado, Dr. Heller Brown attended the University of California, San Diego (UCSD), where she extended her studies on how G-protein coupled receptors regulate cellular responses. Her work led to finding that muscarinic GPCRs inhibit adenylate cyclase, explaining cholinergic and adrenergic antagonism in the heart; that GPCRs that activate RhoA contribute to vascular smooth muscle proliferation and ischemic cardioprotection; and that GPCRs that activate Gq and stimulate phospholipase C regulate cardiac hypertrophy and heart failure.

Her research has been consistently funded by NIH and reported in 250 peer reviewed papers.

She has served as chair of UCSD’s Department of Pharmacology since 2002. She has mentored more than 60 pre- and postdoctoral trainees and directed the largest NIH T32 training grant in pharmacological sciences since 2008.

A cardiovascular endocrinologist, Dr. Carey received his MD from Vanderbilt University. He is a leader in the hormonal control of sodium excretion and blood pressure.

In the 1970s, he first identified a functional intrarenal renin-angiotensin system independent of the circulating system. He pioneered the expression, signaling mechanisms and physiologic actions of dopamine D1-like receptors in the vasculature and kidney; helped identify a renal D1R-G protein coupling defect in hypertensive humans and spontaneously hypertensive rats (SHR); and generated data critical to introducing fenoldopam, a selective D1R agonist, in human hypertensive emergencies.

Dr. Carey is commonly regarded as the “father” of the angiotensin (Ang) type-2 receptor. He identified its expression, distribution, regulation, preferred endogenous agonist (Ang III), principal signaling pathway (bradykinin-nitric oxide-cyclic GMP) and physiologic role anchoring the “protective arm” of therenin-angiotensin system that opposes the detrimental actions of Ang II via AT1 receptors. Recently, he identified a primary renal AT2 receptor defect in SHR leading to sodium retention and hypertension.

Dr. Carey also discovered the importance of extracellular renal cyclic GMP in mediating pressure-natriuresis. Author of over 450 scientific papers, Dr. Carey is an elected member of the National Academy of Medicine, the Association of American Physicians and the American Society for Clinical Investigation. He served as president of the Endocrine Society and the American Clinical and Climatological Association.

He was vice chair of the 2017 ACC/AHA Blood Pressure Guideline Writing Committee and was senior author and chair of the 2008 and 2018 AHA scientific statements on resistant hypertension, respectively.

He made major contributions to the control of aldosterone secretion in normal and hypertensive humans and primary aldosteronism, and co-authored two widely recognized clinical practice guidelines for the disease. In addition, Dr. Carey transformed academic medicine during his highly successful 16-year medical school deanship at the University of Virginia.

Dr. Fishman received his BA in chemistry from Cornell University College of Arts and Sciences and his MD from Stanford University School of Medicine. He completed his internal medicine residency at Massachusetts General Hospital, followed by fellowships in clinical cardiology at Columbia-Presbyterian Medical Center and molecular cardiology at Albert Einstein College of Medicine.

Dr. Fishman first joined the faculty at Einstein and served as director of molecular cardiology. He was recruited to Mount Sinai School of Medicine as the Fishberg Professor and Director of the Section of Myocardial Biology.

Dr. Fishman is internationally known for his research on cardiac electrophysiology and arrhythmia mechanisms. He is the recipient of numerous grants and awards, including the American Heart Association’s Louis Katz Basic Science Award for Young Investigators, Established Investigator Award and Basic Research Prize; the Clinical Scientist Award in Translational Research from the Burroughs-Wellcome Fund; and the Gordon K. Moe Award from the Cardiac Electrophysiology Society.

Dr. Fishman has served on the editorial boards of numerous biomedical journals and is currently an associate editor of Circulation: Arrhythmia and Electrophysiology. He has served as chair of the Research Committee and as a member of the Board of Trustees of the former AHA Founders Affiliate; chair of the NIH Electrical Signaling, Ion Transport and Arrhythmias Study Section; and president of the Cardiac Electrophysiology Society.

Since 1996, he has published more than 440 manuscripts that have had a significant impact on vascular and nitric oxide (NO) biology. He characterized the role of the molecule nitrite as an intrinsic signaling molecule that regulates physiological and therapeutic hypoxic vasodilation and defined chemical reaction pathways that catalyze nitrite reduction to NO by the hemoglobin superfamily (hemoglobin, myoglobin, neuroglobin and cytoglobin nitrite reductase and anhydrase activities).

His work on the nitrite anion has led to the ongoing development and licensing of intravenous, oral and inhaled nitrite as a human therapeutic.  In addition to studies of nitrite, he characterized a novel mechanism of disease, hemolysis associated endothelial dysfunction. This work has described a state of resistance to NO in patients with sickle cell disease, malaria, transfusion of aged blood and other hemolytic conditions caused by scavenging of nitric oxide by cell-free hemoglobin released into plasma during hemolysis. These studies have characterized the epidemiology and clinical features of hemolysis-associated pulmonary hypertension and vasculopathy in human hemolytic diseases, such as sickle cell disease.

Dr. Gladwin is also a co-inventor of patents directed to the use of recombinant neuroglobin and heme-based molecules as antidotes for carbon monoxide (CO) poisoning. He has served as principal investigator on five multicenter phase II-III clinical trials in sickle cell disease (SCD) patients: the DeNOVO trial of NO therapy for acute pain crisis in patients with  SCD; the Walk-PHASST trial of sildenafil for pulmonary hypertension  secondary to  SCD; the EPIC trial of poloxamer 188 for vaso-occlusive pain crisis; and the current STERIO-SCD, a clinical trial of the sGC stimulator riociguat and SCD-CARRE, both targeting patients with SCD with cardiopulmonary risk factors at high risk of death.

Dr. Molkentin received his BS from Marquette University in Milwaukee, Wisconsin in 1989 and PhD from the Medical College of Wisconsin in 1994. He then engaged in postdoctoral training with Dr. Eric Olson in Texas from 1994-1997, followed by his first faculty appointment in 1997 at the Cincinnati Children’s Hospital Medical Center of the University of Cincinnati.

Dr. Molkentin has published over 400 original articles and has a Scopus H-index of 109. He was a Pew Scholar early in his career and has been a full investigator with the Howard Hughes Medical Institute since 2008.

He has also won several awards, such as the Louis N. and Arnold M. Katz Award for young investigators and more recently the Basic Research Prize from the American Heart Association. Dr. Molkentin also won the Lucian Award from McGill University.

He has served on NIH study sections and was an organizer of various national and international scientific meetings.

Dr. Sacks’ distinguished career includes his work in clinical trials of diet and cardiometabolic health and human lipoprotein metabolism and risk of CHD.

He led the committee that designed the DASH Study, which crafted a healthy eating pattern that lowered blood pressure more effectively than previous dietary treatments.

Subsequently, Dr. Sacks led the DASH-Sodium Study, which determined the steep dose-response effect of dietary sodium on blood pressure and major beneficial additive effects of low salt and a dietary pattern rich in fruits and vegetables on blood pressure. The DASH trials led to guidelines for preventing and treating blood pressure by many organizations, including the American Heart Association.

Dr. Sacks led the seminal Pounds Lost trial, which showed the similar effectiveness of diets containing variable percentages of calories from fat, protein or carbohydrate for long-term weight loss, adding much needed flexibility to individualize weight loss diets. Participation in the behavioral program, rather than the macronutrient content of the diets, predicted extent of weight loss.

Dr. Sacks is acclaimed for discovering new species of human lipoproteins that differentially predict CHD. He authored over 35 research papers on apoC-III and apoE. A major finding showed the concentration of LDL that contains apoC-III is the strongest predictor of CHD among VLDL and LDL particles.

In the first in vivo studies of the metabolism of 4-5 HDL sizes, Dr. Sacks found that all are secreted into the circulation. He showed that HDL containing apoE is especially active in flux pathways pertaining to reverse cholesterol transport such as particle expansion. These flux pathways are suppressed by apoC-III.

Dr. Semenza received an AB in biology from Harvard; MD and PhD (in genetics) degrees from the University of Pennsylvania; pediatrics residency training at Duke University Medical Center; and postdoctoral training in medical genetics at the Johns Hopkins University School of Medicine, where he has spent his entire career.

Dr. Semenza is a founding fellow of the American College of Medical Genetics and an elected member of the Society for Pediatric Research, American Society for Clinical Investigation, National Academy of Medicine and National Academy of Sciences.  He has received numerous awards, including the Nobel Prize in Physiology or Medicine; Canada Gairdner International Award; Lefoulon-Delalande Prize of the Institut de France; Wiley Prize in Biomedical Sciences; and Albert Lasker Basic Medical Research Award.  He has published more than 400 papers that have been cited over 150,000 times.

Dr. Semenza discovered hypoxia-inducible factors (HIFs), which direct transcriptional responses to decreased oxygen availability in all metazoan species. His lab has shown that HIFs play important roles in the pathophysiology of cardiovascular disorders, cancer and other chronic diseases. HIF stabilizers and HIF inhibitors are currently in clinical trials for treatment of anemia and cancer, respectively.