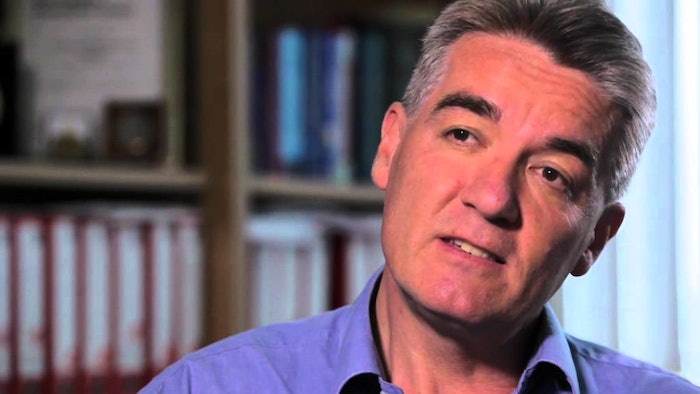 The inextricable link between neurological disease and blood pressure will be highlighted in this year’s Paul Dudley White International Lecture.

“We know blood pressure damages the brain if it’s too high, and we know the brain controls blood pressure,” said Peter M. Rothwell, MD, who will present “Blood Pressure and the Brain: The Neurology of Hypertension” at 12:05 p.m. CST Monday. “If blood pressure becomes highly variable, partly because the brain ceases to control it in the way it normally does, then the risk of stroke goes up.”

The annual lecture at Scientific Sessions honors one of the American Heart Association founders in 1924 who is widely regarded as the founder of preventive cardiology.

Dr. Rothwell, Action Research professor of neurology at the University of Oxford in the United Kingdom, will address the complexity of blood pressure control and diagnosing and choosing the most appropriate drug treatment for people with different patterns.

“Diagnose hypertension and titrate your patients’ medicine based on the pattern of their blood pressure throughout the day and from day to day,” Dr. Rothwell said. “It may be necessary to take a more individualized approach.”

He will also discuss the importance of long-term benefits of controlling blood pressure.

“The benefits of controlling your blood pressure in middle age, for example, are still being manifested well into your 80s,” he said.

Many neurological diseases, such as Parkinson’s and dementia, impair blood pressure control leading to periods of hypertension and hypotension.

Rothwell encourages cardiologists to work closely with their patients’ neurologists to monitor blood pressure throughout the day to reduce the risk of stroke or a cardiac event. Remote telemetric monitoring of home blood pressure is making it easier to track patterns in patients, he said.

The same problem of highly variable blood pressure is seen in some people without neurological diseases, partly due to increased arterial stiffness and age-related impaired control by the brain. Increased variability undermines the utility of clinic measurements of blood pressure and is also a risk factor for stroke and dementia.

There are also implications for the type of blood pressure medicine prescribed, Dr. Rothwell said. Some blood pressure-lowering medicines can increase swings in blood pressure and are less effective in preventing stroke, while others reduce variability and more effectively prevent stroke. This underscores the importance of monitoring blood pressure carefully throughout the day and over several days.

Another concern is the variable lag period between the onset of hypertension and manifestation of complications in the brain, Dr. Rothwell said. Some complications, such as intracerebral hemorrhage and lacunar stroke, can occur within days to weeks of an increase in blood pressure, particularly in middle age. But other complications, such as vascular dementia, are often not manifest until decades later.

Many guidelines suggest holding off prescribing blood pressure-lowering medicine and initially concentrating on improving diet and exercise. However, Dr. Rothwell argues that this puts people who are susceptible at short-term risk of intracerebral hemorrhage and lacunar stroke. He also said the calculations of medium-term benefit from drug treatment on which guidelines are based underestimate the likely long-term benefit in reducing the risk of dementia.

Dr. White, who served as AHA president in 1941, was one of the first proponents of adopting a healthy lifestyle to prevent cardiovascular disease. In the earlier part of his career, the importance of high blood pressure was uncertain, and many physicians cautioned against treatment to lower blood pressure. But epidemiological studies and subsequent trials showed that hypertension was indeed harmful and treatment was beneficial.

“If he was with us today, I am sure that Paul Dudley White would be a champion of the importance of effective control of raised blood pressure, albeit alongside regular exercise, a good diet, not smoking, and the other lifestyle factors that he was so dedicated to promoting,” Dr. Rothwell said.