Advances may lead to more powerful therapies for arrhythmia 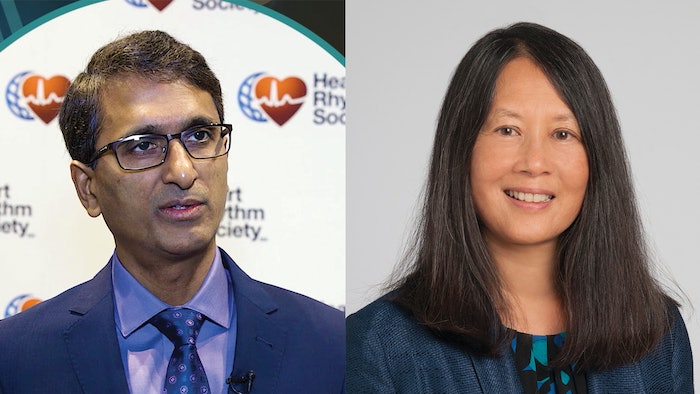 Substantial advances and novel technologies in arrhythmia treatment and management — some of which are already in practice — could change the future of implantable device therapy, said Mina Chung, MD, FAHA.

“Physiologic pacing has been moving and is being adopted rapidly with studies coming out demonstrating the feasibility and safety of conduction system pacing,” said Dr. Chung, cardiac pacing and electrophysiology specialist in the Department of Cardiovascular Medicine, Heart and Vascular Institute at the Cleveland Clinic in Ohio. “And hybrid ablation for atrial fibrillation (AFib) and inappropriate sinus tachycardia both show some hopeful results for difficult cases.”

These and other advances will be discussed during Sunday’s session “Novel Technologies for Arrhythmia Therapy.”

“Similarly, novel ablation technologies directed toward ventricular tachycardia and AFib are always anticipated and include pulse field ablation and radiation approaches,” she said. “Autonomic influences on arrhythmias are also being targeted with devices and show some promise.”

Noting that biventricular pacing is a powerful therapy to treat heart failure and has reduced mortality and heart failure hospitalization in patients with electromechanical dyssynchrony, Dr. Vijayaraman said it may also be associated with failure to implant, non-response to therapy and anatomical challenges due to the presence of unwanted/unacceptable diaphragmatic stimulation.

“Recently, physiologic pacing using HBP or LBBP have been used to achieve normalization of conduction, thereby correcting underlying electromagnetical dyssynchrony in patients with left bundle branch block or right ventricular pacing,” he said. ”This has been accomplished by placing traditional pacing leads precisely in the region of the conduction system and reversing the abnormal conduction.

In addition, a potential new technology to treat arrhythmias by ablation is on the horizon using a new technique called pulsed-field ablation.

“It uses high voltage for a fraction of a second to precisely and selectively target heart muscle without affecting surrounding structures by means of electroporation and cell death,” Dr. Vijayaraman said. “This is a very exciting technology, and many trials are nearing completion. This will have a huge impact in the management of atrial fibrillation making ablation procedures even safer.”