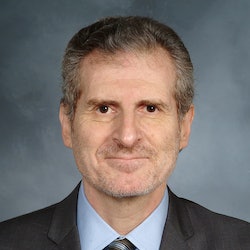 Costantino Iadecola, MD, FAHA, of Weill Cornell Medicine in New York City, was recognized for his outstanding work in cerebrovascular biology, particularly in the areas of stroke and dementia, with the 2021 Basic Research Award.

Dr. Iadecola is a board-certified neurologist whose research focuses on ischemic brain injury, neurodegeneration and cognitive impairment. He is the director and chair of the Feil Family Brain and Mind Research Institute and the Anne Parrish Titzell Professor of Neurology at Weill Cornell Medicine in New York City.

Dr. Iadecola is recognized to have pioneered and validated the concept of the neurovascular unit, a widely accepted notion that neurons and cerebrovascular cells work together to maintain the health of the brain. This concept inspired new research on mechanisms that regulate cerebral perfusion and on how their failure causes brain diseases. His discovery of the cerebrovascular effects of the amyloid-beta peptide and tau established that neurovascular dysfunction is an early biomarker for Alzheimer’s disease. His research demonstrates a relationship between innate immunity and the deleterious effects of hypertension on neurovascular regulation and cognitive function and found that high-salt diets cause dementia through the Alzheimer protein tau, bridging the age-old gap between neurovascular and neurodegenerative diseases. Dr. Iadecola’s work also details how microbiota of the gut can influence a patient’s susceptibility to ischemic stroke.

“I am honored to receive the Basic Research Prize, which I humbly accept on behalf of my mentors, colleagues and collaborators,” said Dr. Iadecola. “I am grateful to the American Heart Association for the continued support I received since the very beginning of my clinician-scientist career.”

His work has earned accolades from the AHA, the American Academy of Neurology, the National Institutes of Health and the Alzheimer’s Association. He was previously recognized by the association with its 2009 Willis Lecture Award, given in recognition of his contributions to the role of prostaglandins and nitric oxide in stroke damage and to the role of cerebral blood vessel dysfunction in Alzheimer's disease. He won the 2015 Excellence Award in Hypertension Research from the association in recognition of his research connecting hypertension and Alzheimer’s disease. He was honored again by the association with a 2019 Distinguished Scientist Award to recognize his research contributions to cardiovascular disease, stroke and dementia. Additionally, in 2011, the Alzheimer’s Association recognized Dr. Iadecola with the Zenith Fellow Award, which is prestigious worldwide recognition in Alzheimer’s research.

His research has been documented in nearly 400 papers published in peer-reviewed journals, and he is listed by Clarivate Analytics as one of most highly cited researcher in the world in his field.