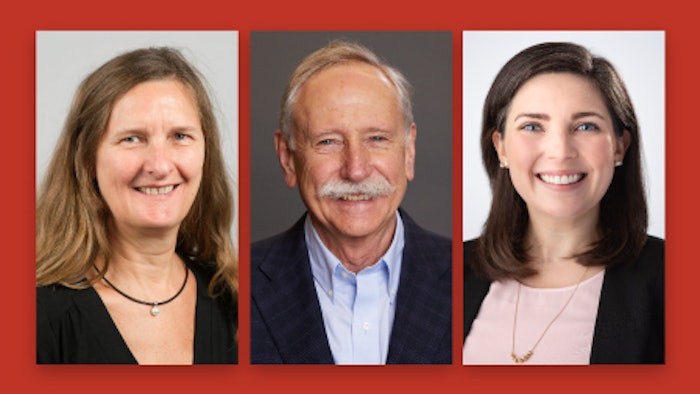 Current research can tell us a lot about the future of detecting and reducing the risk of cardiovascular disease.

Cathy Shanahan, PhD, professor of cellular signaling at the King’s College School of Cardiovascular Medicine and Sciences in London, will explore age-associated vascular calcification and whether it can be considered a friend or foe to physicians and patients alike.

“Overwhelming data from clinical studies have shown that vascular calcification is associated with a higher risk of morbidity and mortality. So, calcification has really been considered a foe to the patient and to the physician as there are no treatments for it, and its presence can interfere with invasive clinical interventions,” she said. “However, recent studies have shown statins actually lead to increased calcification. This has led to renewed speculation that calcification might stabilize plaques and therefore be protective.”

Researchers and clinicians are beginning to understand more about calcification, Dr. Shanahan noted. It doesn’t come in one variety, saying its impact on cardiovascular health is dependent on where it is in the vessel, what form it takes and the associated disease.

There is new evidence, according to Dr. Shanahan, that could change the way physicians look at calcification.

“Calcification increases with age. Previously, it was thought to be a non-modifiable end-stage pathology,” she said. “We know now that it is a cell-mediated process orchestrated by vascular smooth muscle cells that can take on bone-like (osteoblastic) properties. Emerging evidence shows that cellular aging is associated with increased osteogenic differentiation of smooth muscle cells, and these aging pathways can be analyzed and interfered with experimentally. Moreover, cellular aging can be uncoupled from chronological age, such that in children with calcified arteries there is evidence for premature aging of their smooth muscle cells. These aging pathways have the possibility to be impacted by lifestyle changes and potentially therapeutics.”

Encouraging patients to eat a proper diet has long been one of the best tools in a physician’s arsenal for managing a number of conditions — and promoting healthy vascular aging is no exception. Walter Willett, MD, PhD, professor of epidemiology and nutrition at Harvard University in Cambridge, Massachusetts, will outline the “Best Evidence for Specific Diets to Prolong Healthy Life.”

Dr. Willett said he primarily recommends what has become known as a “flexitarian” diet.

“I recommend diets that are mainly, but not necessarily entirely, comprised of healthy plant foods, including fruits, vegetables, nuts, beans, soy foods and optional modest amounts of fish, dairy foods, poultry and small amounts of red meat,” he said.

These diets are supported by an overwhelming amount of evidence showing their efficacy, according to Dr. Willett.

“The advantages of such diets are supported by dozens of randomized studies with risk factors as outcomes, long-term epidemiologic studies and a few randomized trials with health outcomes,” he said. “I hope attendees will learn that these diets can reduce risks of important disease and contribute to additional years of healthy life.”

“We are now aware that slowing climate change is an existential issue,” he said. “And shifting to mainly plant-based diets is a necessary, although not sufficient, part of the solution.”

Brooke Wolford, PhD, postdoctoral research fellow at Norwegian University of Science and Technology in Trondheim, Norway, will take a more targeted approach to the topic with her presentation: “Polygenic Risk Scores for Coronary Artery Disease: Are We Ready for Personalized Medicine?”

Dr. Wolford said the idea of personalized medicine means treating the right people at the right time with the right drug.

“For example, we would ideally find individuals early in life who have a high risk of heart disease and consider lifestyle interventions or prescription of a cholesterol reducing medication before they have decades of exposure to high cholesterol levels,” she said. “Polygenic risk scores are a metric that represent an individual’s genetic burden of risk conferring or protective common genetic variation. If we can harness this additional information in the same way we have harnessed biomarkers like cholesterol measurements, we may be able to improve our precision when screening the population to prevent disease.”

Dr. Wolford said her presentation will also explore Norway’s Nord Trondelag Health (HUNT) Study from Norway and how information gained can tie into the prevention of coronary artery disease.

Including those scores could change outcomes for patients, but there is still a lot to learn before that can happen, she said.

“Ten percent of participants in HUNT who would be reclassified as high risk upon inclusion of a polygenic score using an existing risk calculator will experience a coronary artery disease event in 10 years,” she said.

But what do we do about the individuals who are reclassified as having lower risk upon inclusion of the polygenic score? Would physicians advocate for the removal of treatment or intervention?”