Individuals hailed for their contributions to cardiac, trauma resuscitation science. 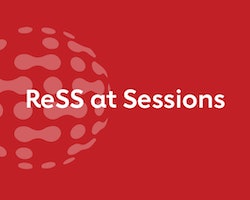 The American Heart Association released this year’s Resuscitation Science Symposium (ReSS) Best of the Best Abstract Award winners. Each represents outstanding contributions in cardiac and trauma resuscitation science. The awards are presented for the top-scoring abstracts submitted to the ReSS.

Mary M. Newman, MS, was awarded the 2021 Resuscitation Champion Award. Newman is co-founder, president and CEO of Sudden Cardiac Arrest Foundation (SCAF) in Wexford, Pennsylvania, a nonprofit recognized for its Survivor Network. She also is co-creator of Call-Push-Shock™, an educational movement co-sponsored by SCAF.

Throughout her career, Newman has worked to save lives through her research, writing and advocacy roles at SCAF, the National Center for Early Defibrillation (University of Pittsburgh), Krannert Institute of Cardiology (Indiana University), Catalyst Research and Communications, Citizen CPR Foundation (CCPRF), Journal of Emergency Medical Services and Advanced Coronary Treatment Foundation.

Newman is credited with creating the “Chain of Survival” educational metaphor, which was later adopted by the American Heart Association and multiple organizations worldwide. Her most meaningful experiences have involved connecting with patients and families affected by sudden cardiac arrest and helping them navigate healthy paths forward.

Newman co-founded the Citizen CPR Foundation (CCPRF) and served as founding editor of Currents in Emergency Cardiac Care, a joint publication of CCPRF and AHA. In addition, she co-authored Challenging Sudden Death: A Community Guide to Help Save Lives.

Taku Iwami, MD, PhD, was awarded the Ian G. Jacobs Award for International Group Collaboration to Advance Resuscitation Science for his work on the Comprehensive Registry of Intensive Care for out of hospital cardiac arrest (OCHA) Survival Study (the CRITICAL Study). The award recognizes international collaboration among individuals over an extended time resulting in major contributions to fundamental or clinical science related to cardiac arrest or traumatic injury. In 2007, he was honored with AHA’s ReSS Young Investigator Award.

Kazuo Okada, PhD, of the Japanese Resuscitation Council was among the winners of the 2021 Lifetime Achievement Award in Cardiac Resuscitation Science. The award was established by the Emergency Cardiovascular Care Committee in 2003 to honor scientists for their outstanding contributions in resuscitation science.

To be eligible to receive one of these awards, attendees must have submitted an abstract to ReSS 2021 during the regular submission process that is related to either cardiac or trauma resuscitation science, receive a top score for that abstract and be a member of the American Heart Association.