After 10 years, should the CVH definition change?

A group of experts take a look back at the cardiovascular health definition and the AHA’s goals through the lens of what has changed in the last 10 years. 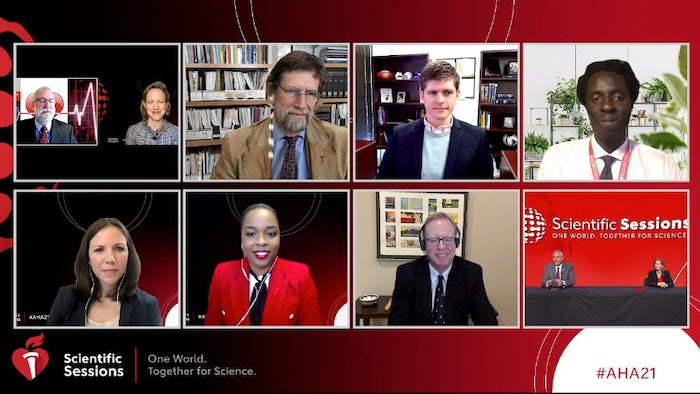 Now, more than 10 years later, a group of experts at a session on Saturday titled, “Cardiovascular Health After 10 Years: What Have We Learned and What is the Future?” took a look back at that definition and the AHA’s goals through the lens of what has changed in those 10 years and what is to come in the next 10.

These metrics were calculated to create a composite cardiovascular health (CVH) score categorized by poor, medium and ideal. Those scores have been used in the intervening years in a number of ways to further understand CVH and both treat and prevent cardiovascular disease.

Joshua Bundy, PhD, MPH, assistant professor in the Department of Epidemiology at the Tulane University School of Public Health in New Orleans, presented an analysis of mid-life CVH and its outcomes.

With respect to aging, Dr. Bundy said that CVH is very much evidence-based and pointed to studies that have proven this over the years. He cited a study from the late 1980s called the “Atherosclerosis Risk in Communities,” or ARIC, study.

“One of their key findings was that few ARIC participants had ideal or even intermedial CVH,” he said “But those that did had substantially lower cumulative incidents of CVD events. This concept of having optimal CVH is associated with substantially lower risk.”

He also cited “The Multi-Ethnic Study of Atherosclerosis,” or MESA, study, which was conducted after the definition of CVH was adopted and showed that CVH is a very important statistic.

Age can be a critical factor in CVH as well. Bamba Gaye, PhD, from the National Institute of Health and Medical Research (Inserm) in Paris, France, said that CVH in young adults is something that needs to be maintained, restored or modified at as early an age as possible.

“Maintaining good cardiovascular health throughout young adulthood is strongly associated with a low CVD risk profile in middle age along with lower health care costs,” he said. “It is therefore important to promote CVH because it does make a difference in terms of outcome. It’s never too late, but the earlier you improve your CVH, the better you do.”

She outlined a study she participated in that focused on CVH trajectories in early childhood, starting as young as 8 years old, and its impact on midlife cardiovascular health.

The study suggests that by age 8 there are significant disparities in the CVH measures, with about 20% of 8-year-old children already in intermediate cardiovascular health.

Studies such as this can help physicians find the best times to intervene when it comes to cardiovascular health, she said.

"These trajectories identify critical periods such as adolescence when we can intervene and represent the first step in intervening and promoting cardiovascular health in childhood and onward,” she said.

Amanda Perak, MD, MS, FAHA, of the Children’s Hospital of Chicago, said intervention could even begin as early as pregnancy.

“It used to be said that all babies start life with ideal CVH,” she said. “But intuitively we know that’s not true. Sometimes it’s obvious, such as babies born pre-term or with low birth weight. But even without a frankly adverse newborn outcome, we suspect that CVH trajectories start to be established during fetal life.”

Poor gestational CVH has been associated with up to nine times higher risk for adverse newborn outcomes and poor offspring CVH at up to 10 to 14 years of age, she said.

“While there’s definitely more to learn about intergenerational CVH transmission, we also need to be testing interventions,” she said. “The earlier in the life course we intervene, theoretically we can expect a bigger long-term payoff.”

Regardless of when those interventions take place, LaPrincess C. Brewer, MD, MPH, assistant professor of medicine at the Mayo Clinic College of Medicine in Rochester, Minnesota, said the focus needs to be on how and where they take place within the community, especially when it comes to disparities between under-represented populations and other communities.

“As we reflect on 10 years of CVH, it is essential to view our progress through a health equity lens,” she said. “Unfortunately, there are persistent CVH disparities indicated by dismal proportions of racial and ethnic minority groups meeting ideal levels of all seven of the metrics. These CVH disparities were drivers of the disproportionate burden of COVID-19 in these groups as well.”

Dr. Brewer said health is created by much more than clinical care. About 80% of health outcomes are influenced by other factors, such as physical environment, social and economic factors and health behaviors.

“It is not simple to address the social determinants of health. It takes intentional efforts to do so,” she said. “Key recommendations from the American Heart Association include the use of culturally tailored, community-based interventions for specific groups to improve CVH, engaging the individual’s support networks.”

That intervention came in the form of an app that participants could download to allow them to be a part of their own health care journey.

“This process truly allowed us to build trust and a genuine relationship with the community,” Dr. Brewer said. “And as a result, participants have better cardiovascular health, and we have enhanced our community outreach and credibility.”

As for what the future holds, Wayne Rosamond, PhD, FAHA, professor of epidemiology at the University of North Carolina in Chapel Hill, said it is time to consider whether changes or expansions to the definition of cardiovascular health need to be made.

Dr. Rosamond said there are three possibilities — leave the definition as is, make incremental adjustments or completely rewrite the definition. Of the three, he said modification by establishing new health domains to improve the definition of CVH is the approach he would recommend.

“I believe that a modification of the definition is warranted,” he said. “And indeed, this notion to build on the current definition to include some of the more complex challenges such as identifying, implementing and evaluating interventions that can preserve and promote CVH from childhood to middle age and beyond may help us address the relevance of emerging countervailing influences.”