Dr. Weisfeldt is among the first proponents for increasing women and people from diverse racial and ethnic backgrounds in medicine. 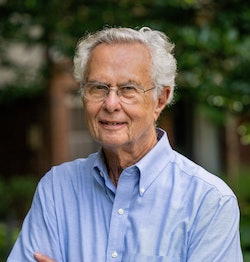 “I’m distinctly honored to present this award to Dr. Mike Weisfeldt,” said Association President Michelle A. Albert, MD, MPH, FAHA. “Throughout his career, Dr. Weisfeldt has shown dedication to improving the field of cardiology in almost every sphere. He is a longtime advocate of increased diversity within the field, and he has inspired many career physicians and scientists who have gone on to become leaders within the field, and he has been my longest continual mentor. Congratulations, Dr. Weisfeldt! Your legacy of mentorship, inclusion and diversity continues to be pivotal for so many of us.”

Dr. Weisfeldt is known to be among the first proponents for increasing women and people from diverse racial and ethnic backgrounds in medicine, especially cardiology. His efforts during his tenure leading Johns Hopkins’ department of medicine resulted in a significant increase in the number of residents, fellows and faculty from under-represented races and ethnicities. Dr. Weisfeldt believes diversity among cardiologists should reflect the diversity within the communities they serve. As a mentor, he encourages an equity-first approach to medicine, community health and science. His leadership was recognized with the University’s 2019 Dean’s Distinguished Mentoring Award.

Dr. Weisfeldt earned his bachelor’s and doctor of medicine degrees from Johns Hopkins University. He completed his post-doctoral training at Massachusetts General Hospital and at the National Institutes of Health.

Dr. Weisfeldt’s volunteer roles with the AHA are numerous and include serving as president of the association in 1989-1990. He was previously recognized by the AHA in 1992 as a Merit Award recipient, in 1998 as a Gold Heart Award winner, in 2004 with the Herrick Award of the Council on Clinical Cardiology and in 2021 with the Watkins-Saunders Award, which recognized outstanding commitment to overcoming health and community disparities in the state of Maryland.