One Brave Idea aims to change the future of heart disease 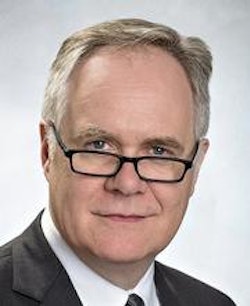 That’s what researchers at One Brave Idea (OBI) are striving for — and they’re getting closer. Co-founded by the American Heart Association and Verily, with significant support from AstraZeneca and pillar support from Quest, the OBI partnership has taken a new approach to an old problem.

Calum MacRae, MD, PhD, vice chair for scientific innovation and former chief of cardiology in the Department of Medicine at Brigham and Women’s Hospital in Boston, will provide a look at what OBI has accomplished so far and where it’s headed in Saturday’s session, “One Brave Idea — Redefining Coronary Heart Disease at the Edge of Wellness.”

“One Brave Idea is about more precise multidimensional measurement of your cardiac and metabolic health and wellness so that we can identify the initial phases of disease earlier,” Dr. MacRae said. “In the long run, it’s also about improving care and saving lives, because the ability to detect disease, understand the different factors contributing to different stages of disease and interventions can all happen before the abnormalities become established.”

Dr. MacRae said OBI’s diverse research team has developed a core strategy of testing how a person’s cells and physiology react in the real world. This means examining how bodies function during everyday activities, not just while at the doctor’s office. Using more than 12,000 people from a wide range of geographies, ages, races, ethnicities and backgrounds, OBI has developed new ways to advance characterization of disease at the level of the individual.

OBI has achieved several scientific outcomes, beginning with a more precise measurement of wellness. Rather than waiting for signs of coronary heart disease to emerge, researchers instead use different stress tests and artificial intelligence to identify signals in human blood cells and physiology that aren’t typically detected. They have also built and distributed software that can enable institutions with a wide range of technical expertise to participate in machine-learning research projects from multiple backgrounds.

“A precise genetic breakdown could lead to diagnoses 20 years or more earlier than currently possible,” Dr. MacRae said. “Using tools developed in OBI, doctors could tailor a treatment to help a patient steer clear of a problematic trajectory, starting in their teenage years.”

That earlier detection means existing prevention and treatment tools can be used where traditional biomarkers for atherosclerosis may not be deployed, which in turn will make them more effective. Dr. MacRae said education and behavioral changes could be started earlier in life when they are more effective and that medications could be used to prevent a problem or be administrated before disease is established.

In addition, OBI researchers have identified multiple new subsets of cardiac or metabolic disease, many of which enable mechanistic insights to be rapidly defined in human cohorts.

“Our approach was to take this large aggregate of different types of atherosclerosis, and to split it into subsets with different mechanisms or different causes,” Dr. MacRae said. “We’ve deliberately only looked at just one disease area — atherosclerosis — this deeply, but we know that this approach can be applied in other areas of cardiology and more widely across medicine. We’re beginning to explore other disorders including dementia, and our central goal is to prove that we can reproducibly identify new disease subsets and find important mechanisms that can then be targeted for intervention.”