The 2022 awardees will be honored during Scientific Sessions, joining the ranks of other eminent professionals. 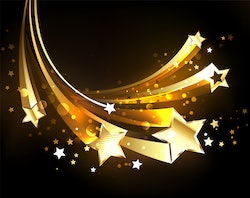 The American Heart Association designates the Distinguished Scientist award for AHA members who have significantly advanced the understanding of cardiovascular, stroke or brain health. The 2022 awardees will be honored during Scientific Sessions, joining the ranks of other eminent professionals.

Professor of Medicine and Epidemiology

A Framingham Study investigator, she has been NIH funded since 1998. She has volunteered for the American Heart Association (AHA) since the 1990s and has chaired the Science and Clinical Education Lifelong Learning Committee, the Heart Disease and Stroke Statistics Committee, the Functional Genomics and Translational Biology Council and the Genomics and Translational Biology, Epidemiology Research Study Section. She also chaired the Research Leaders Academy and served as Science Representative on the national Board of Directors. She was president of the AHA Boston Board, has led diverse AHA research fellowships since 2013 and is a member of the Supporting Undergraduate Research Experiences Oversight Advisory Committee for diverse undergraduates.

Dr. Benjamin is the inaugural associate provost for faculty development, BU Medical Campus, and co-designed and facilitates multiple longitudinal faculty development programs. She has also led implicit bias trainings for BU and the AHA. She has won national awards for research, education, mentoring and diversity, including the Alliance for Academic Internal Medicine’s 2020 Diversity and Inclusion Award.

A general internist, epidemiologist and health services researcher, Dr. Cooper studies how racism and socioeconomic factors shape patient care, and how health systems, with communities, can improve the health of populations with complex medical and social needs. She and her colleagues work in partnership with health systems and community-based organizations to identify interventions that alleviate racial and income health disparities and translate them into practice and policy changes that mean better health for communities.

The author of the book, “Why Are Health Disparities Everyone’s Problem?” (Johns Hopkins University Press, 2021), Dr. Cooper is a 2007 MacArthur Fellow and an elected member of the National Academy of Medicine, the American Society for Clinical Investigation and the Association of American Physicians. She is a recipient of the Herbert W. Nickens Award for outstanding contributions to promoting social justice in medical education and equity in health care from the Association of American Medical Colleges and the Helen Rodriguez-Trias Social Justice Award from the American Public Health Association. Dr. Cooper has served as a trustee of the American Heart Association (Mid-Atlantic Affiliate and Greater Baltimore Chapter). In September 2021, she was appointed by President Joseph Biden to the President’s Council of Advisors on Science and Technology.

Dr. Kass joined the Cardiology Division at Johns Hopkins University as a fellow, and has remained there since. He is considered a world leader in the pathobiology and therapy of heart failure, cardiac physiology and mechanics, as well as cyclic GMP-protein kinase G and phosphodiesterase signaling.

His research is expansive, providing innovative landmark studies in many fields from basic molecular and cellular studies to human clinical trials. His initial work was as an integrative physiologist studying ventricular and vascular function and identifying mechanisms of human heart failure and hypertrophy.

He pioneered pressure-volume analysis in humans, and later in mice, and played a major role in developing cardiac resynchronization therapy (later studied at molecular and cellular levels). In the late 1990s, he ventured into molecular/cellular studies of heart failure and cGMP/protein kinase G signaling.

In his spare time, he plays clarinet, cooks and is raising a new long-haired dachshund puppy.

Professor of Neurology and Associate Dean

The University of California, San Francisco

Dr. Ovbiagele is a vascular neurologist, clinical epidemiologist and health equity scholar. He is professor of neurology and associate dean at the University of California, San Francisco as well as chief of staff at the San Francisco Veterans Affairs Health Care System. He maintains adjunct professorships at universities in Africa, Asia and South America.

Dr. Ovbiagele’s research studies have greatly advanced knowledge of stroke epidemiology, mechanisms and management among disparate populations in the United States and Africa, and his research training programs are diversifying the academic neurology workforces in both regions.

He served as the inaugural national medical spokesperson for the Power to End Stroke campaign, which focused on raising awareness about the disproportionate burden of stroke experienced by Black people in America, lead author of the AHA policy paper “Forecasting the Future of Stroke in the United States,” and vice chair of the 2014 AHA Secondary Stroke Prevention Writing Panel.

Dr. Quaggin’s research focuses on fundamental processes needed to establish and maintain the integrity of the specialized vascular beds in the kidney, cardiovascular system and the eye. Translation of her group’s findings regarding the vasculature reveals pathogenic mechanisms and new therapeutic targets for a number of diseases, including diabetic kidney and eye disease, nephrotic syndrome, microangiopathic thrombotic disorders and glaucoma.

She is the Charles Horace Mayo professor of medicine at Northwestern University where she serves as the chief of the Division of Nephrology and Hypertension and the director of the Feinberg Cardiovascular and Renal Research Institute. Dr. Quaggin was elected to the American Society for Clinical Investigation in 2006, the Association of American Physicians in 2013, the National Academy of Medicine in 2019 and the National Academy of Inventors in 2021, and is President of the American Society of Nephrology and councilor of the Association of American Physicians.

Professor, Chair of Neurology and Senior Associate Dean for Clinical and Translational Research

Dr. Sacco is the chairman of Neurology, Olemberg Family Chair in Neurological Disorders, Miller Professor of Neurology, Public Health Sciences, Human Genetics, and Neurosurgery, senior associate dean for Clinical and Translational Science, executive director of the Evelyn F. McKnight Brain Institute at the Miller School of Medicine, University of Miami, and chief of the Neurology Service at Jackson Hospital System.

He was previously professor of neurology, chief of the Stroke and Critical Care Division and associate chairman at Columbia University. Dr. Sacco has published extensively with 761 articles (H-index of 160). He has been listed as a Highly Cited Researcher in the top 1% of cited investigators annually since 2017 by the Clarivate Web of Science.

Dr. Volpp is the founding director of the Penn Center for Health Incentives and Behavioral Economics (CHIBE) and the Mark V. Pauly President’s Distinguished Professor at the Perelman School of Medicine and the Wharton School of the University of Pennsylvania. He has led CHIBE since its inception, turning it into an entity which became one of two original NIH Centers on behavioral economics and health and that involves more than 90 faculty members and trainees.

Dr. Volpp’s work focuses on developing and testing innovative ways of applying insights from behavioral economics in improving patient health behavior and increasing health system value by influencing provider performance. His work has served as the foundation for benefit design initiatives using financial incentives for smoking cessation used by many large employers, including GE and CVS, a prescription refill synchronization program for Humana members, a redesign of a primary care physician payment for clinicians across Hawaii, a simple health insurance plan called “Humana Simplicity” and an “enhanced active choice” approach used among tens of millions of CVS members to increase the ease of receiving automated medication refills.

Dr. Volpp’s work has been recognized by the Matilda White Riley Award by the Office of Social and Behavioral Science at NIH, the John Eisenberg Award from the Society of General Internal Medicine, the American College of Physicians Behavioral Medicine Award and the Association for Clinical and Translational Science Distinguished Investigator Award for Clinical and Translational Science, and article-of-the-year awards by numerous professional societies. Dr. Volpp is an elected member of the National Academy of Medicine and an editorial board member of NEJM Catalyst.